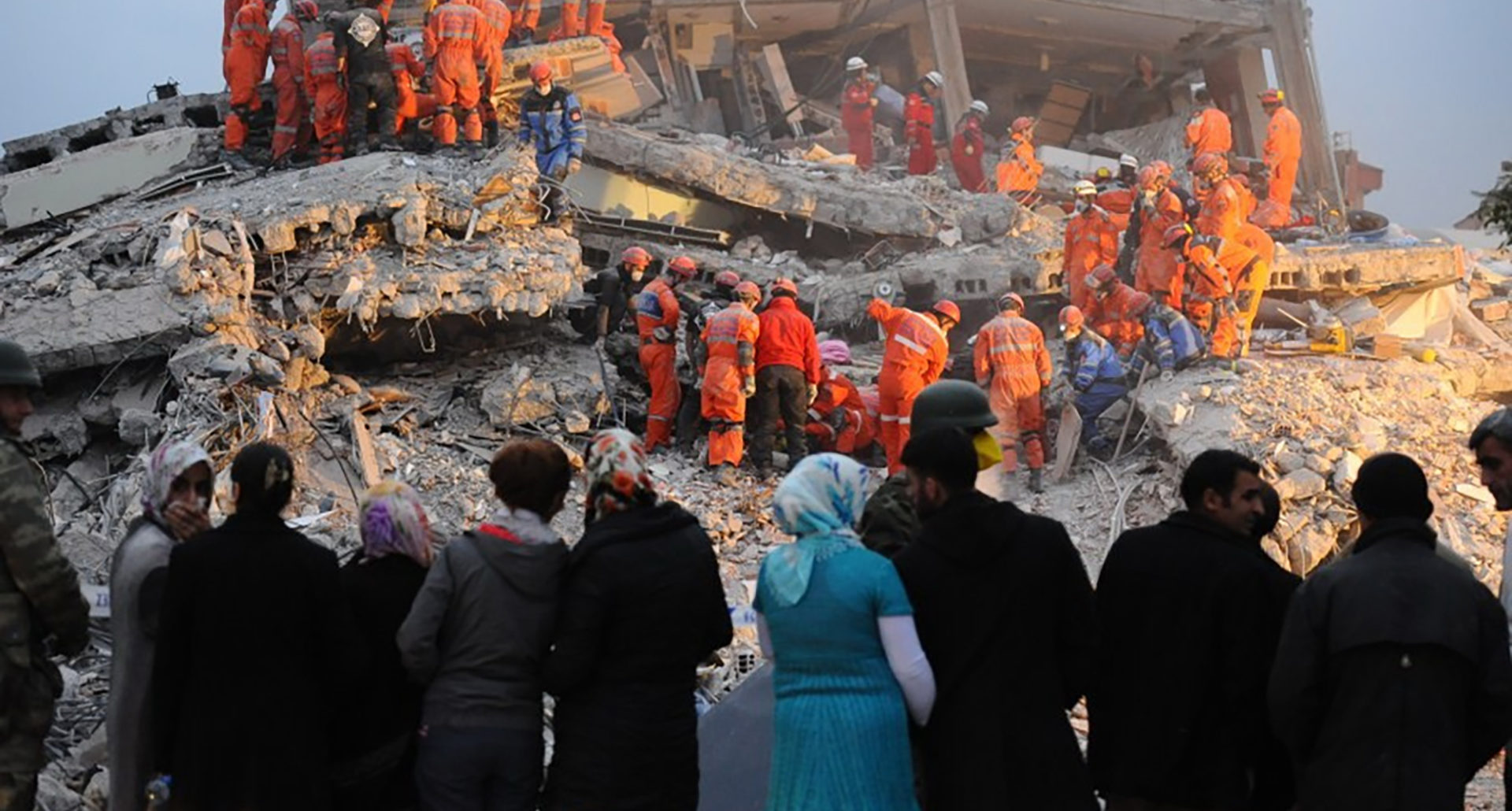 The dust-filled air severely limits visibility, as people come running out of what seems like fog or thick smoke from a fire. A man repeatedly shouts “Allahu akbar” (“Allah is the greatest”) with his arms half raised towards the sky. His desperate voice mixes with screaming, car alarms, and stubbornly honking horns.

Some people seem frozen in disbelief while others cover their eyes with their hands; some are only black silhouettes through the dust. The roof of a residential building is on the ground, atop of what was previously a six-storey structure, now shattered to pieces. Some of those who lived in the building are now entombed in piles of concrete. Survivors’ distressed shrieks for friends and loved ones blend with the sounds of sirens.1 1. Hermansson, H., 2017. Centralized Disaster Management Collaboration in Turkey. Digital Comprehensive Summaries of Uppsala Dissertations from the Faculty of Social Sciences 141. 90 pp. Uppsala: Acta Universitatis Upsaliensis. ISBN 978-91-554-9869-6. Link to PDF See all references

The aftermath of this 7.2-magnitude earthquake in Erciş, Turkey, in 2011 is a scene that may have played out after any of the disasters that have occurred over the past 15 years. A tsunami in the Indian Ocean in 2004, Hurricane Katrina in 2005, Haiti’s earthquake in 2010, floods in Pakistan in 2010, and Typhoon Haiyan’s destruction of the Philippines in 2013 – all of these events could represent a new normal. Some, such as earthquakes and tsunamis, are set to wreak ever greater damage as more people live on fault lines and coastlines around the world. Others, such as stronger storms, are a symptom of shifts in the climate as human activities release more greenhouse gases.

The Caribbean hurricane season in 2017 was among the most destructive the region had seen in a long time, and in the following season in the autumn of 2018, Hurricane Florence threatened South and North Carolina in the United States at the same time as the Philippines braced for the expected extremes of Typhoon Mangkhut. In 2017, floods in India, Nepal, and Bangladesh had devastating impacts. The World Meteorological Organization called 2017 “the most expensive year on record for severe weather and climate events”, noting that climate changes will continue.

All these events speak to the continued importance of increasing our understanding so that the same mistakes are not repeated. This pertains both to response and prevention of disasters. An increased understanding is needed of underlying societal conditions and ecological degradation that can exacerbate the impact of these devastating events. We believe it is time to introduce a wider resilience perspective than what the disaster management literature typically focuses on: it’s time to bring social-ecological resilience thinking into this research.

From top-down command to collaborative networks

Traditionally, researchers who study disasters have tended to focus on emergency management. Actors involved in managing disasters have mostly been organised in centralised, top-down command and control systems, often with military connotations. In this context, a natural disturbance can be viewed as an external threat or enemy.2 2. Dynes, R. R., 1994. “Community Emergency Planning: False assumptions and Inappropriate Analogies”, International Journal of Mass Emergencies and Disasters 12(2):141-158. See all references

Thinking in terms of resilience building rather than emergency management has shifted the perspective over the past decade.3 3. van Niekerk, D., 2008. From disaster relief to disaster risk reduction: a consideration of the evolving international relief mechanism. The Journal for Transdisciplinary Research in Southern Africa 4(2):a158 DOI: 10.4102/td.v4i2.158 See all references The focus now lies more on risk management and on societies’ abilities to not only cope with disasters, but also reorganise in light of future risks. The goal is that the next time disasters occur, the effects will be less severe.

The tilt towards resilience mirrors a shift in focus of disaster researchers to issues of collaboration, network governance, and decentralisation. Louise Lemyre and Tracey O’Sullivan of the University of Ottawa, Canada, for example, point to how coordination, cooperation, and collaboration shape and colour the potential for resilience.4 4. Lemyre, L., O’Sullivan, T., 2013. "Enhancing Community Resilience: A Matter of Multi-level Framework, Mixed Methods, and Multi-sectoral Tools", in Disaster Resiliency, eds. Kapucu, N., Hawkins, C., Rivera, F. New York: Routledge. https://www.taylorfrancis.com/books/e/9781136239960/chapters/10.4324%2F9780203102459-25 See all references Daniel Aldrich, professor and director of the Security and Resilience Program at Northeastern University in Boston, United States, says that the coordinated efforts and the collaborative activities of networks are part of what constitutes resilience.5 5. Aldrich, D. P., 2012. Building Resilience: Social Capital in Post-Disaster Recovery. The University of Chicago Press. 248 pp. UCP website See all references In the same vein, social-ecological resilience researchers promote and encourage polycentric governance systems and broad participation.

Disasters commonly concern many areas of expertise. Preparing for, responding to, and recovering from disasters are activities that involve actors from many different sectors. Disaster management research also emphasises the importance of local actors, who are closest to what is happening and have crucial knowledge.

Global norms for disaster risk-reduction programmes are found in the Hyogo Framework for Action of 2005 and its successor, the Sendai Framework, adopted in 2015 by UN member states. Generally, the programmes aim to promote networked, collaborative, and decentralised solutions to disaster management and disaster risk reduction in order to increase societies’ resilience against disasters.

However, the programmes are sometimes introduced in countries that are highly centralised and hierarchical. This calls for a more fine-tuned understanding of how political and administrative systems can both facilitate and hinder “good practices” from international disaster risk-reduction norms. Researchers and practitioners also need to pay closer attention to the perspectives of actors in the political-administrative systems for local and regional governance, and even individual action.1 1. Hermansson, H., 2017. Centralized Disaster Management Collaboration in Turkey. Digital Comprehensive Summaries of Uppsala Dissertations from the Faculty of Social Sciences 141. 90 pp. Uppsala: Acta Universitatis Upsaliensis. ISBN 978-91-554-9869-6. Link to PDF See all references 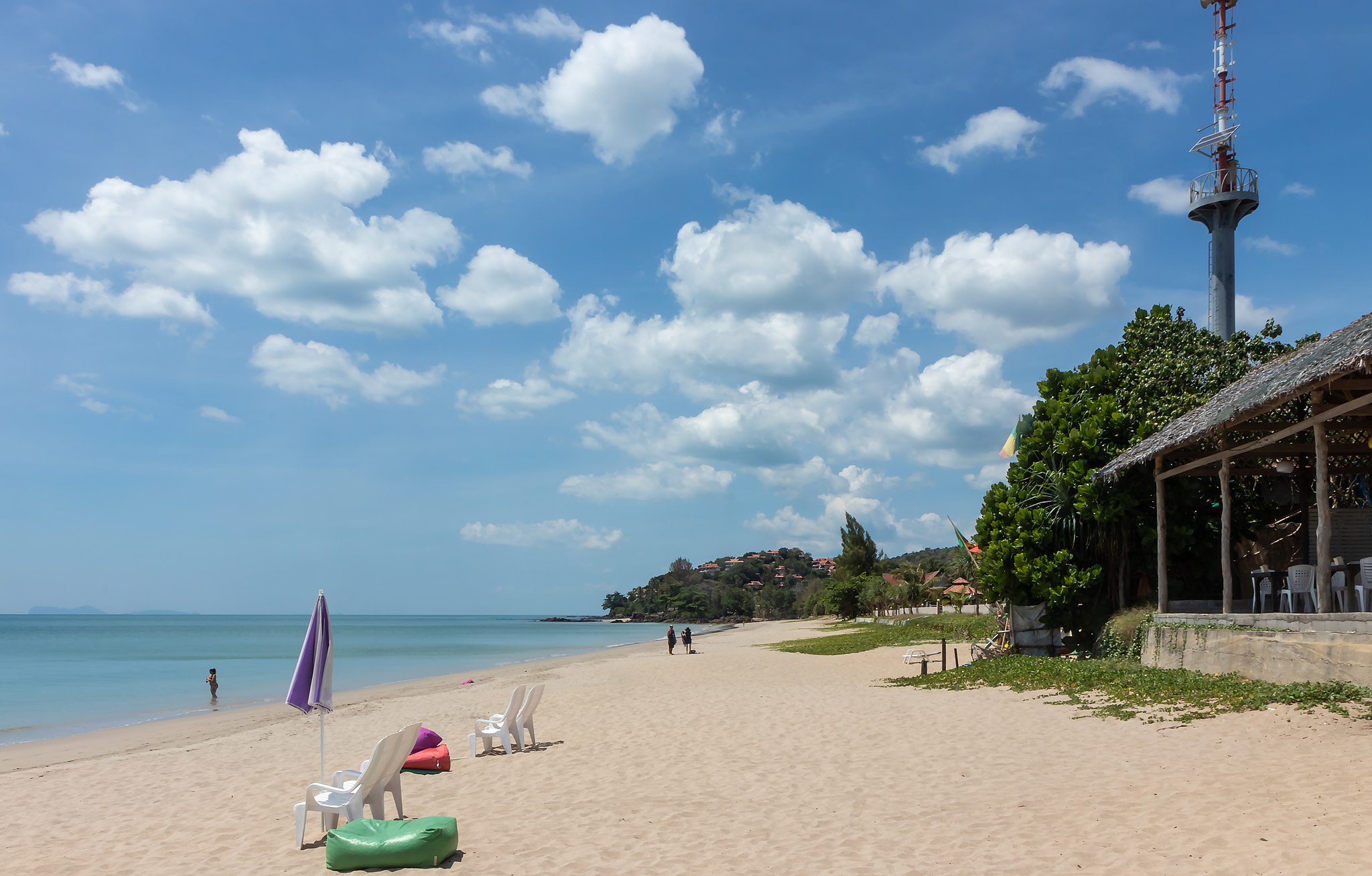 The concept of risk is a central one for anyone interested in disasters. Some research has been done on the risks that come about as by-products of development. For example, some researchers have looked at risks that emerge as we build big cities close to rivers, which often leads to flooding, or risks associated with chemical inputs in agriculture.

Kathleen Tierney of the University of Colorado Boulder, United States, has focused on the social distribution of risks between groups of people.6 6. Tierney, K., 2014. The Social Roots of Risk: Producing Disasters, Promoting Resilience. Stanford University Press. 320 pp. ISBN: 9780804791403 See all references Tierney emphasises the importance of asking what elements in social, organisational, political, and cultural structures make certain groups more vulnerable than others.

Societies are made up of structures, or institutions, that create underlying vulnerabilities. These structures may be housing markets, educational systems, job markets, or any other institution in society that distributes goods, resources, and power. When there are systematic inequalities at work in these institutions, certain groups may have less access to education or jobs, for example. If a job market discriminates against people from minority groups, these groups may have smaller economic margins for recovering from a disaster.

These structures of underlying vulnerability may be hard to see, but they are there. And certain social phenomena are indicators that vulnerabilities may turn into human suffering in the case of a natural hazard’s aftermath or other disaster.

Rapid urbanisation is one such indicator. Large concentrations of socio-economically marginalised communities in informal settlements is another. Stark gender discrimination is a third. These ongoing political problems of power and inequality may shape elements of a disaster situation. We may think that disasters do not discriminate, but it turns out that in a sense they do. Time and time again, those who are hit the hardest are the same groups who are otherwise marginalised socially, economically, and politically.7 7. Bondesson, S., 2017. Vulnerability and Power: Social Justice Organizing in Rockaway, New York City, after Hurricane Sandy, Doctoral dissertation, Department of Government, Uppsala University. Page to download PDF See all references

Time horizons: long or short term, or both?

As social scientists with a more long-term perspective, we sometimes find it hard to cut through the noise of short-sighted disaster management and risk-reduction policies and practices. Echoing social-ecological resilience researchers, it is necessary to manage slow variables and feedbacks.8 8. Biggs, R., Schlüter, M., Schoon, M. L., 2015. Principles for Building Resilience: Sustaining Ecosystem Services in Social-Ecological Systems. Cambridge University Press. 290 pp. ISBN: 9781316014240 See all references We hear things like, “Let’s build higher levees”. But what if higher levees make people feel that it is safe to build properties even closer to the ocean front or in a flood zone?6 6. Tierney, K., 2014. The Social Roots of Risk: Producing Disasters, Promoting Resilience. Stanford University Press. 320 pp. ISBN: 9780804791403 See all references Or “We must make people understand that it is dangerous to live that close to volcanoes”, but what if the problem in the first place was that people were too poor to live in safer places? 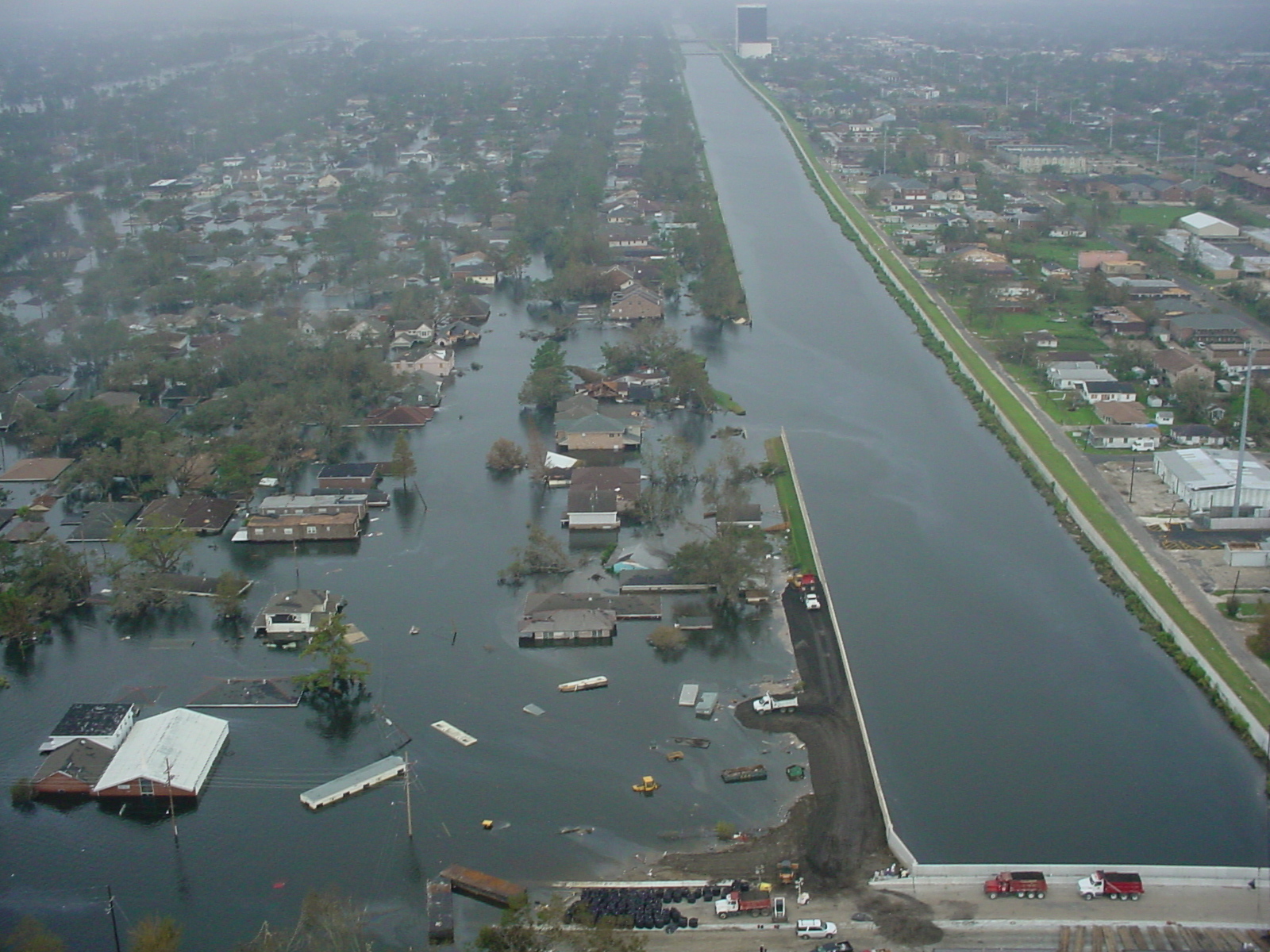 We hear that “collaborative disaster management is the key”, but what if none of the parties are interested in collaborating due to being on opposite sides in an extended conflict? And “We are only here to provide relief, don’t expect us to work on poverty reduction”, but what if a specific relief effort provides more harm than good because it shatters local markets? We also hear that “more decentralised disaster management solutions are needed”, but what if local actors do not feel ready or prepared to shoulder these decentralised responsibilities?

We believe it is time to rethink the types of analysis that underpin disaster risk reduction. The analysis needs to incorporate longer time frames so that not only the immediate disaster situation is understood. A longer perspective needs to include the underlying preconditions such as social vulnerabilities and degradation of ecosystems that contribute to creating the disaster risks in the first place. A disaster in progress is in part the visible and final manifestation of a much longer and – at least to the untrained eye – invisible process. We also believe that the analysis of these processes needs to be normative: the world is in need of fundamental political changes that can even out injustices and inequalities between various societal groups.

Applying the perspectives of risk, resilience, and vulnerability in disaster studies can help us move away from an understanding of disasters simply as natural, unexpected, and surprising events. Shifting the focus to understanding that the creation of disaster risks and the impacts of disasters depend on degradation of ecosystems and social structures, which are embedded in the very social order itself, is a first step towards finding new resilience-building solutions that reduce both the likelihood and the impact of disasters.

Understanding the complexities of the systems that will be affected by disasters will help mitigate risk and human suffering. It will also provide insights for recovery and rebuilding efforts. Currently, however, societies are reinforcing many of the structures that contributed to worsening the damages from these events rather than looking for new solutions.

Disasters have devastating material, economic, and human consequences when they hit, and they often reverse years of development work. Vulnerability to these hazards increases due to rising poverty, ecological degradation, a growing global population, armed conflict, and other underlying development issues. The links between development, disasters, and the environment are many and go in multiple directions. Disasters have multisectoral impacts, so their solutions must be multisectoral too.

How one team learned to change its traditional views on development through understanding complex systems in Niger.

Despite the real improvements made in tackling extreme poverty, big development gaps persist. These reflect problems of equity, quality of services, and how to manage crises, emergencies, and complexity – and require new responses to achieve long-lasting change.