As with many words which have been in common usage for a very long time, “resilience” is a malleable term, sometimes neutral, sometimes value-laden, open to interpretation, used and useful across many different contexts. We hear of resilient people, communities, cities, economies, design; we hear too of disaster resilience, climate change resilience, and ecological resilience. Can resilience in all these contexts mean the same thing? Is it always good to be resilient?

With roots in the Latin resilio – to bounce – resilience was used as far back as classical times by “accomplished men of letters” such as Pliny the Elder, to describe leaping, jumping, or rebounding. Fast forward two millennia, and the word has passed into the language of the science of mechanics, then on to psychology, engineering, computing, physics, ecology, social sciences, into the realm of sustainability science and out into practice and policy.1-2 1. Folke, C. (2016-09-29). Resilience. Oxford Research Encyclopedia of Environmental Science. DOI: 10.1093/acrefore/9780199389414.013.8 2. Alexander, D. E. 2013. Resilience and disaster risk reduction: an etymological journey. Nat. Hazards Earth Syst. Sci. 13:2707–2716 DOI: 10.5194/nhess-13-2707-2013 (Download PDF) See all references

Impressively plastic, “resilience” has taken on different meanings, with both positive and negative connotations. Its first use in a dictionary in the 1600s even records it with a dual meaning of “to rebound” or “to go back on one’s words”. No wonder its meaning can seem confusing to those across the disciplinary and sectoral divides!

But within all this confusion, some agreement has emerged since the late 1970s as resilience became a central concept in the study of ecosystems, and soon thereafter in common property systems, institutions, social systems, and social-ecological systems. In 1973, C. S. “Buzz” Holling proposed resilience to be the capacity of a system to absorb change and to continue developing while subjected to disturbances and changing conditions. Within this rather innocuous sounding definition were some radical new ideas about how systems worked, changed, and responded to changes. 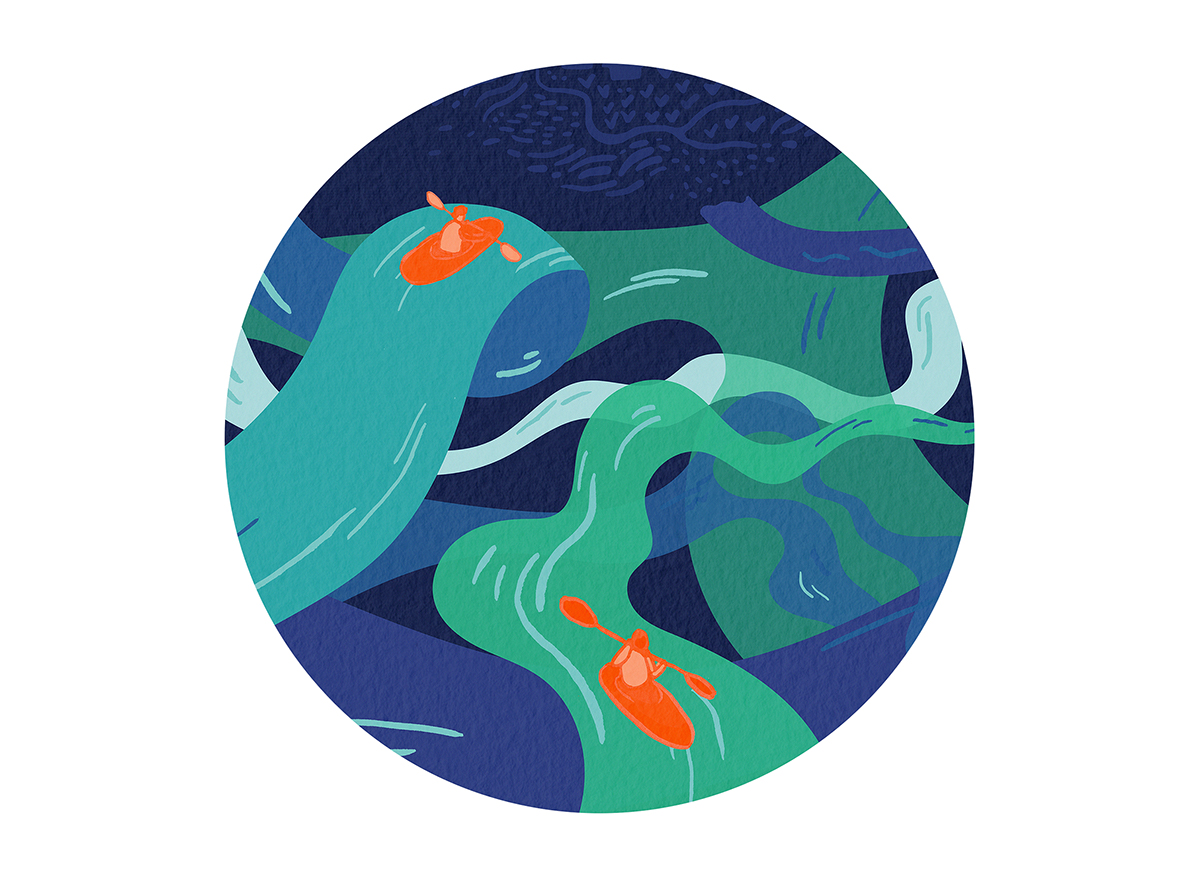 Change went from something to be avoided to something considered essential, potentially a positive force that leaves systems more robust, diverse, and better able to deal with uncertain futures. Gone were the ideas of having a single stable state and linear cause-effect relationships. Even the idea that “effective management” meant keeping things the same was thrown out. All of this was replaced instead with ideas of complexity and dynamics.

Recognizing that social-ecological systems such as farming landscapes, cities, coastal fisheries or rural villages are complex and dynamic means acknowledging that they are made up of many diverse social, ecological, economic, environmental, cultural, human, and manufactured parts. All of these parts interact with one another, and are influenced at many levels, locally and globally, by drivers that might have complex connections to other places

Changes can be rapid, like a flood, or gradual, such as the accumulation of pollutants in the soil or human behavioural changes. Gradual changes, although often less obvious, are critical because they accumulate. Once past a certain point, they may cause a system to “tip”, leading to rapid, surprising, and often irreversible change into an entirely new system state. When Holling proposed resilience as a property of complex adaptive systems, he made it clear that it is the whole system that enables or constrains its ability to continue to develop with change.

The idea of “continuing to develop” is also more complicated than at first glance. On the one hand, it is about growing the capacity to continue on a particular development path in the face of change that is both incremental and abrupt, expected and surprising. It is about adapting, improving, and innovating on that path. But sometimes continuing to develop may mean stepping away from a specific undesirable development path, and onto a new course. Resilience, in fact, is not always good. When this is the case, the challenge is to reduce or even break the resilience of the current system and to enable shifts away from the current pathway(s) while finding and preparing new alternative paths – a process referred to as transformation.

Resilience clearly has evolved substantially in meaning from its Latin roots of recovering from change, to embracing change and even encouraging it. This way of thinking about complex systems, change, and development paths has become referred to as resilience thinking.

With growing concerns about climate and environmental changes, and increases in social, economic, or political shocks, the concept of resilience has become popular across a range of sectors as a way to understand and respond to our surprise-riddled world. From arenas such as international development, humanitarian relief, and disaster management, to funding calls from philanthropic, aid, and research agencies, calls to work with resilience are now everywhere.

…we must acknowledge that resilience thinking is literally a different worldview about how change happens in the world.

Considering the complex, dynamic, and surprising contexts in which we all find ourselves working and living, using resilience to navigate development seems a sensible way forward. The question is: how do we translate this radical way of thinking into practice without losing its richness of meaning? How do we avoid the temptation to fall back to simpler and easier-to-practice versions of resilience – to business-as-usual approaches for bouncing back, withstanding change, and maintaining stability – as a way to resolve massively complex problems that have long persisted?

This tendency to revert to business as usual, and to disguise standard development practices with a new – and very fundable – buzzword, diminishes the potential offered by resilience to fundamentally rethink and reshape development. And worse, in some cases it helps maintain the status quo of undesirable system structures and states, resulting in investments to protect undesirable development trajectories from turbulence and change.3 3. Brown, K. 2016. Resilience, Development and Global Change. Routledge Press. 212 pp. (Publisher page) See all references

Resilience approaches can also force our attention beneath the visible shocks and surprises to the underlying structures and processes that created the problems in the first place. They should reveal the many scales of drivers of trade and financial flows, global and transboundary – what resilience theorists refer to as cross-scale drivers. The power asymmetries at work in the world, the rapidly approaching tipping points in the climate and earth system, even the paradigms embedded in contemporary development. They should help us to understand why the risks and vulnerabilities exist, and direct us to solutions that target these subsurface forces.

To begin to do this we must acknowledge that resilience thinking is literally a different worldview about how change happens in the world. It is a view that clashes head on with current ways of funding, designing, and managing projects that favours incremental, sectoral, local, and short-term initiatives underpinned by linear assumptions of development inputs – for example, fertilisers or new crop varieties – and proportionate economic outputs such as household income improvements.

Resilience thinking does not necessarily fit well with many mainstream development approaches and the strong preferences for best practices, toolkits, conventional indicators, project goals, and monitoring systems. While we agree that such tools may lead to improvements, fitting resilience into these ways of practice tends to diminish its transformative potential, as we fall back on existing problem-solving approaches.

The reality is that existing tools on their own no longer suffice. Rather, the power of resilience lies in using what it teaches us about complex dynamic systems, to ask different questions about the problems we face, and to co-produce and share knowledge about the root causes, structures, and processes behind the substantial development challenges we face. Ultimately, resilience requires entirely new practices, ones that are not just created by conventional experts.

The challenge is that current efforts, at times, confuse “practice” with “practical”. Donella Meadows, many decades ago, made clear that development interventions ranged from simple and practical to systemic and even paradigmatic changes. Karen O’Brien, in her recent keynote at the Resilience 2017 conference in August in Stockholm, reminded us of these distinctions and the need to lift our eyes from the practical, to the political and paradigmatic spheres of transformation.

Rather than only focusing on the local, technical, and practical – which we agree may still have lots of value – or only focusing on the local context in the “Global South”, where development efforts are often focused on “building the resilience of the vulnerable”, resilience thinking can expand where and to what we pay attention. Resilience research has demonstrated how the local is directly connected to the global and to cross-scale structures and dynamics, which drive vulnerability in different places. The research indicates that consideration needs to also be given to reducing the resilience of the current systems that contribute to protracted crises, spiralling inequality, and environmental degradation, in order to shift towards new courses or trajectories of development. 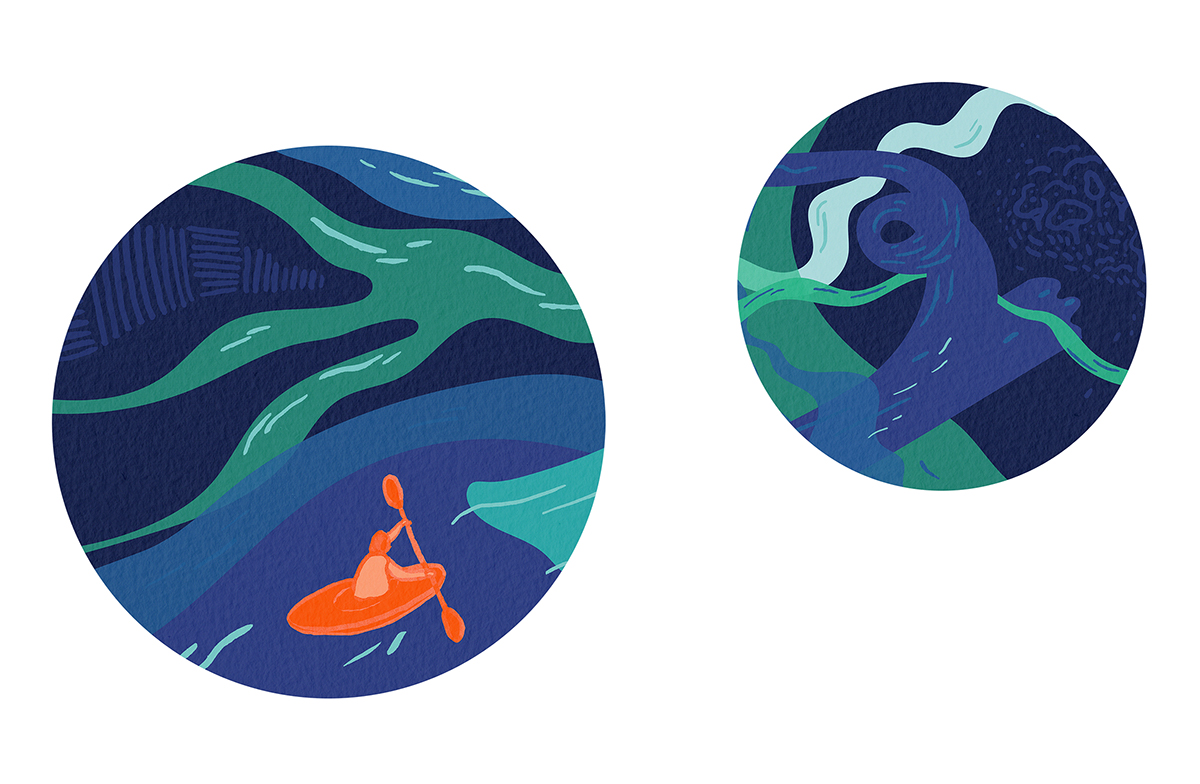 By suggesting that we need new questions and new ways of thinking and doing, we do not imply that we are without compass points to direct our efforts. Thanks to decades of research and practice in complex systems and resilience research, groups around the world are experimenting with and learning what resilience in practice (rather than practical resilience) can achieve. For instance, researchers, disaster managers and insurance companies are making new links to far distant land use and invasive alien plant management in South Africa, while Mercy Corps’s new linkages between gender, climate shocks, and food security have created new directions for their programs in Niger.4 4. Reyers, B., Nel, J., O’Farell, P., Sitas, N., Nel, D. 2015. Navigating complexity through knowledge coproduction: Mainstreaming ecosystem services into disaster risk reduction. Proc. Nat. Acad. Sci. 112(24):7362-7368. DOI: 10.1073/pnas.1414374112 See all references

Likewise, sets of principles for operationalizing resilience in practice and numerous assessment methods such as the RAPTA process conducted in Ethiopia and the newly developed Wayfinder all provide users with tools aiming to help understand the system in which people are working, where the dynamics and drivers of the system lie, and to explore different ways to more sustainable and just development trajectories. These are the subject of Rethink and of our efforts to explore and expand what resilience thinking has to contribute to guiding a different kind of development practice for a complex dynamic world.

For some, the opportunity to use resilience theories and concepts to open up completely different questions for practice is exciting and hopeful. For others, it is frustrating and does not fit with how they see the world: resilience to them might seem unlikely to provide tangible and practical solutions to the enormously urgent problems we face. We acknowledge this tension and are mindful that resilience is the antithesis of standardisation and single silver-bullet solutions, where every agency has a resilience portfolio or department that looks the same. However, acknowledging that we live and work in complex dynamic systems made up of many, unpredictable connections and interdependencies requires acknowledging that reductionist, narrowly bounded, or even just typical approaches will fall short, or even worsen the situation.

We have certainly come a long way since Pliny and his “men of letters”. Resilience today, instead of rebounding to the status quo, can empower development by what it helps to reveal about complexity and change. Perhaps most important is that resilience can be used to broaden the focus of development: no longer is the focus on what a distant community or government must do, but instead how we – researchers, practitioners and funders – can challenge our practices, procedures, and paradigmatic beliefs of how development should be done in the first place.

A new tool for resilience assessment is inspired by the Polynesian seafarers’ approach to navigation. Wayfinder will build on insights from science and practice to enable planners and practitioners to understand and enhance resilience.

Researchers have been working on a new way of examining the changes needed in social-ecological systems to achieve desired sustainability goals through the RAPTA (Resilience, Adaptation Pathways and Transformation Assessment) approach. Pilot projects in Ethiopia translate sometimes unfamiliar terms to reality.