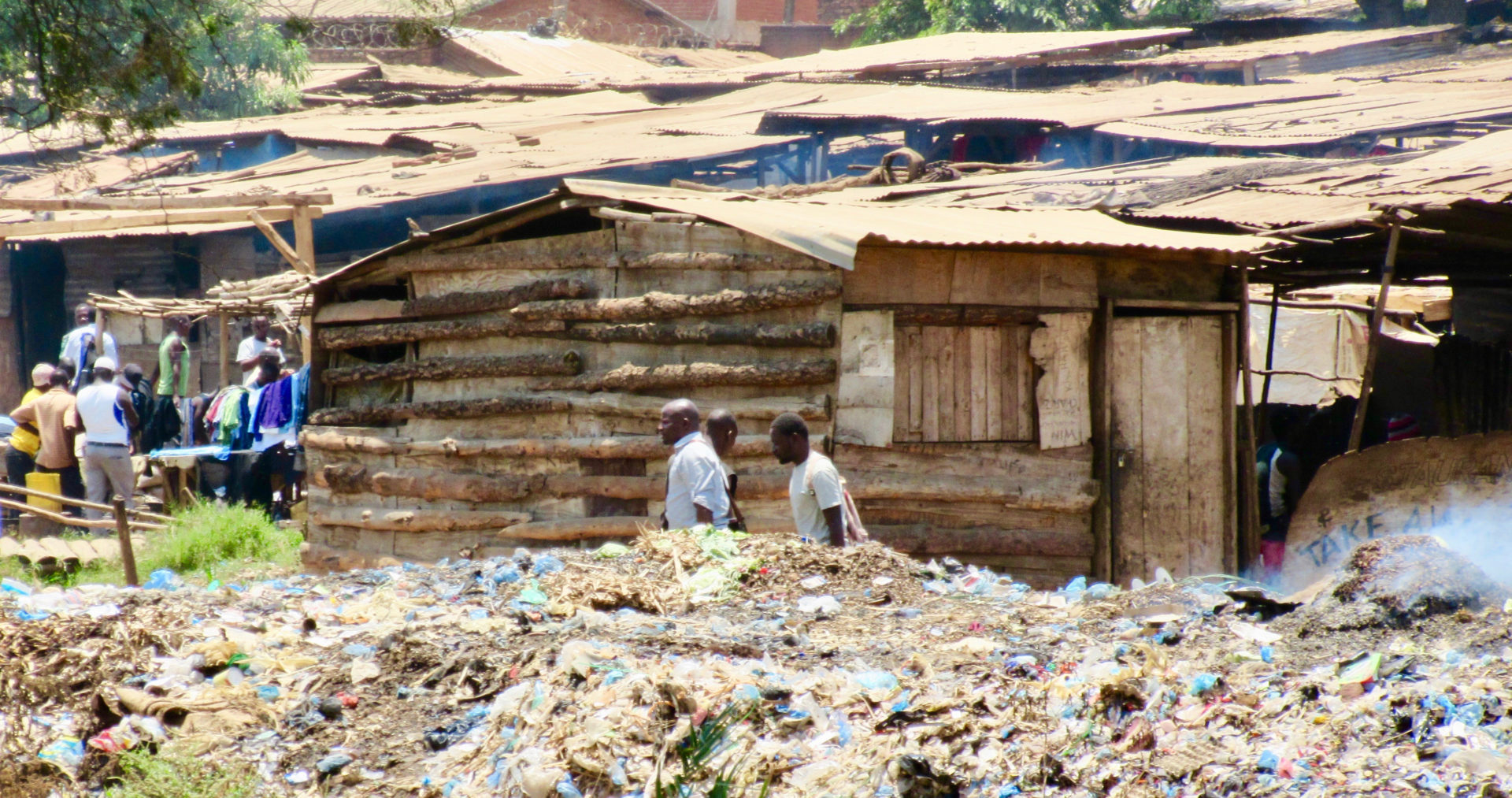 In 2011, while on a break from university, Stephen Chiunjira took a walk around his neighbourhood in Kawale Township, to the east of the city of Lilongwe and Lilongwe River, Malawi. As he walked, he saw the carcass of a dead dog in the river. The stench was so strong that he felt sorry for the people living close by. Little did he know that dead dog represented far greater problems, as he would soon find out and become a key force in fixing.

The experience led him to a decision: he wanted to work to change the behaviour of people when it comes to waste management. That decision would require tenacity and a little help. But the need for change was and continues to be obvious in terms of corresponding benefits in public health and even agriculture.

Chiunjira met with local authorities and friends from university to start cleaning up the Lilongwe River as well as other smaller streams in the city. People dump various types of waste into urban rivers – not just dead dogs. And having grown up in the Kawale Township, Chiunjira knew that a mere clean-up effort would not solve the problem.

To shift mindsets, Chiunjira formed an organisation that would later become Our World International (OWI), a non-profit specifically dealing with waste management through three “E’s”: education, entrepreneurship, and enjoyment. The group educates people on the dangers of mismanaged waste and the benefits of managed waste – a way to address the “mental waste” problem. Entrepreneurship can lead to environmentally friendly products made from waste, hence turning someone’s rubbish into another person’s treasure. Finally, Chiunjira says enjoyment can be had by running clean-up exercises in public places that are being used as illegal dumpsites within the city. The pleasure comes from everyone working together to change the river for the better, as well as eventually having clean spaces along the river to enjoy. 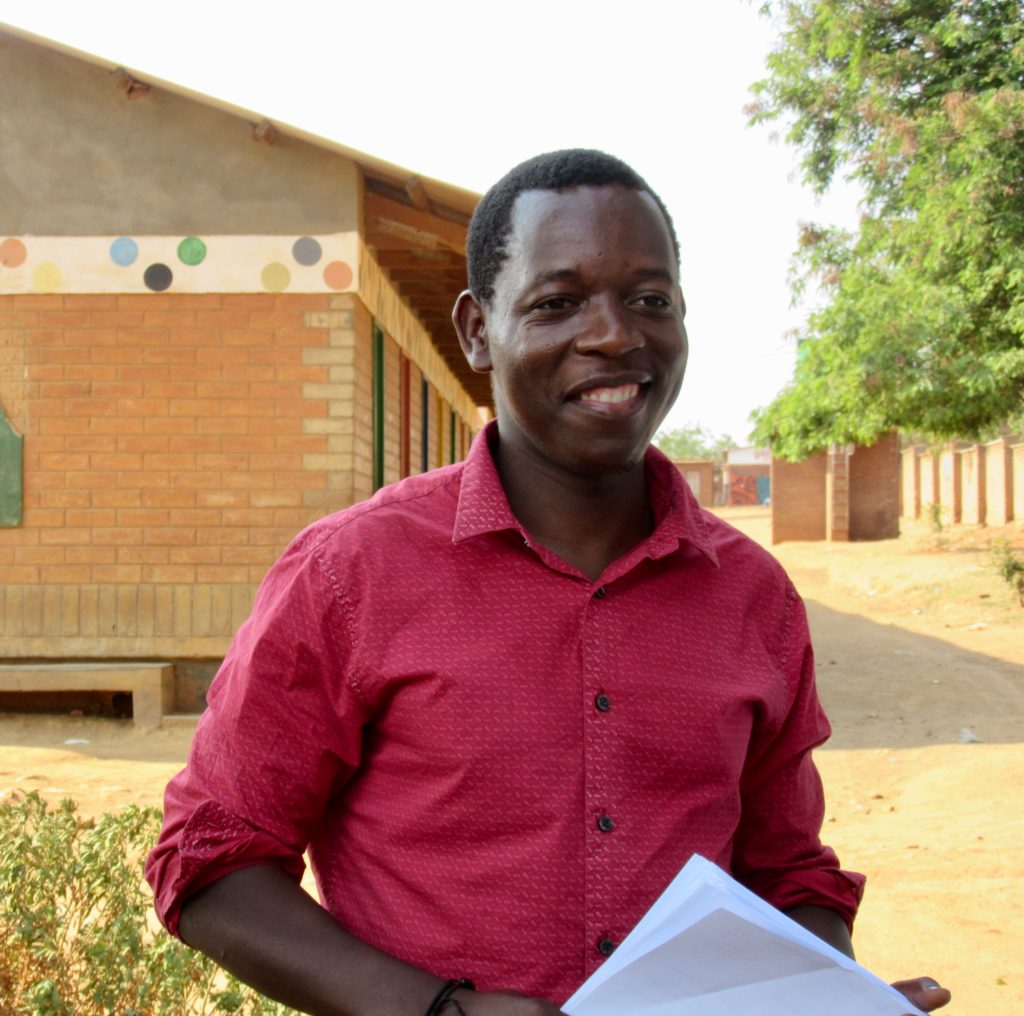 Stephen Chiunjira formed an organisation and educates people on the dangers of mismanaged waste and the benefits of managed waste. Photo: Viveca Mellegård.

People over the years have failed to take responsibility for managing waste they produce, especially when they are in public places, he says. “But they always keep their homes clean. I thought this was hypocrisy and wanted to change this attitude by creating more opportunities for people to consider what is useless and yet is so useful.”

Managing waste is not what people expect university-educated people to do, and Chiunjira’s family and friends could not believe he had chosen it as a career – some even tried to persuade him to abandon his goals.

With no financing and only an old laptop from university, he started the project anyway, “with loads of ideas and passion to make a difference for people. Many things blocked every bit of progress I made: those in a position to help often wanted some kind of payback, thinking I was doing the project because I had some external funding,” he says. “However, I knew what I wanted to accomplish, and had plans on paper and followed through with them.”

Chiunjira’s persistence and early successes led people to start joining him to deal with waste management problems in the area. In 2013 a British management consultant, Sisty Nayar, supported the work by contributing £12 per month. Then the US ambassador’s special self-help fund gave $3,300. Soon after, funding came from the non-profit organisation WaterAid and later from ICLEI-Local Governments for Sustainability’s Africa Secretariat (ICLEI Africa).

Malawi has an agriculture-based economy that produces hundreds of tonnes of solid waste, of which over 70% is organic, according to the National Statistical Office figures for 2015. That organic waste could be turned into compost manure that would help poor farmers increase their yields. From that viewpoint, waste management in Lilongwe is critical to the city as well as to Malawi, Chiunjira says.

To date, 2,100 community members, city officials, and people who make use of the market have taken part in the capacity building

The Lilongwe River runs through the city of Lilongwe and is its primary source of water, as well as supporting numerous communities downstream. However, activities at the Tsoka and Lizulu, two informal markets that have developed along the banks of the river, have been identified as key sources of pollution.

These markets are vital community spaces embedded in the urban framework of the city. Based on the importance of the livelihoods and economic opportunities the markets provide, the Lilongwe City Council selected them as pilot sites for part of an urban revitalisation project, Urban Natural Assets for Africa: Rivers for Life (UNA Rivers). The project is funded by the Swedish International Development Cooperation Agency (Sida) through SwedBio at the Stockholm Resilience Centre. It was implemented by ICLEI Africa and works to get nature-based solutions into land use planning and local government decision-making processes relating to urban river systems. UNA Rivers does this through improving coordination and community-based activities. The goal is to build sustainability and resilience at the local level, enhancing human well-being and alleviating poverty.

In a component of the project, local communities along the Lilongwe River were consulted and involved to design and develop a landscape master plan for river restoration at the markets. In a prioritisation exercise with the communities and key stakeholders, such as city officials, academics, national government representatives, non-governmental organisations, and the private sector, waste management was identified as a primary focus.

Chiunjira’s organisation OWI was appointed by ICLEI Africa to oversee waste management at the markets. It established a compost site through waste clean-ups, started training women in composting to manage these sites, and provided capacity building in local communities to better deal with waste.

The organisation displays posters and signs on proper waste management at the Lizulu market. “We also have held several meetings to change people’s mindsets towards waste and waste management, including a day-long event where school students and teachers spoke and showcased products made from waste. And we hosted two clean-up exercises at both markets and close to the Lilongwe River,” Chiunjira says.

To date, 2,100 community members, city officials, and people who make use of the market have taken part in the capacity building, while 10 women from townships within downtown Lilongwe have been trained in the compost making.

The bustling Lizulu market mostly sells vegetables and produces approximately 5 tonnes of organic waste daily. This waste is carried to the site selected by the city council, where the women make compost. A market committee helps the women with coordination, so that the solid waste management system OWI is building at the market is both sustainable and profitable.

“The project has equipped me with skills on how to compost manure, something that I can use to generate income at home with my family members since I cannot afford to buy a bag of fertiliser,” says Leister Baulo, one of the women making compost at Lizulu market. “With the skills I have, I can compost waste and produce manure for my farm and [sell] some within the community.”

Selling compost has not yet become profitable for the women. But they all report that they’ve increased their incomes from selling healthier and better-looking vegetables, a result of using the compost on their own crops. 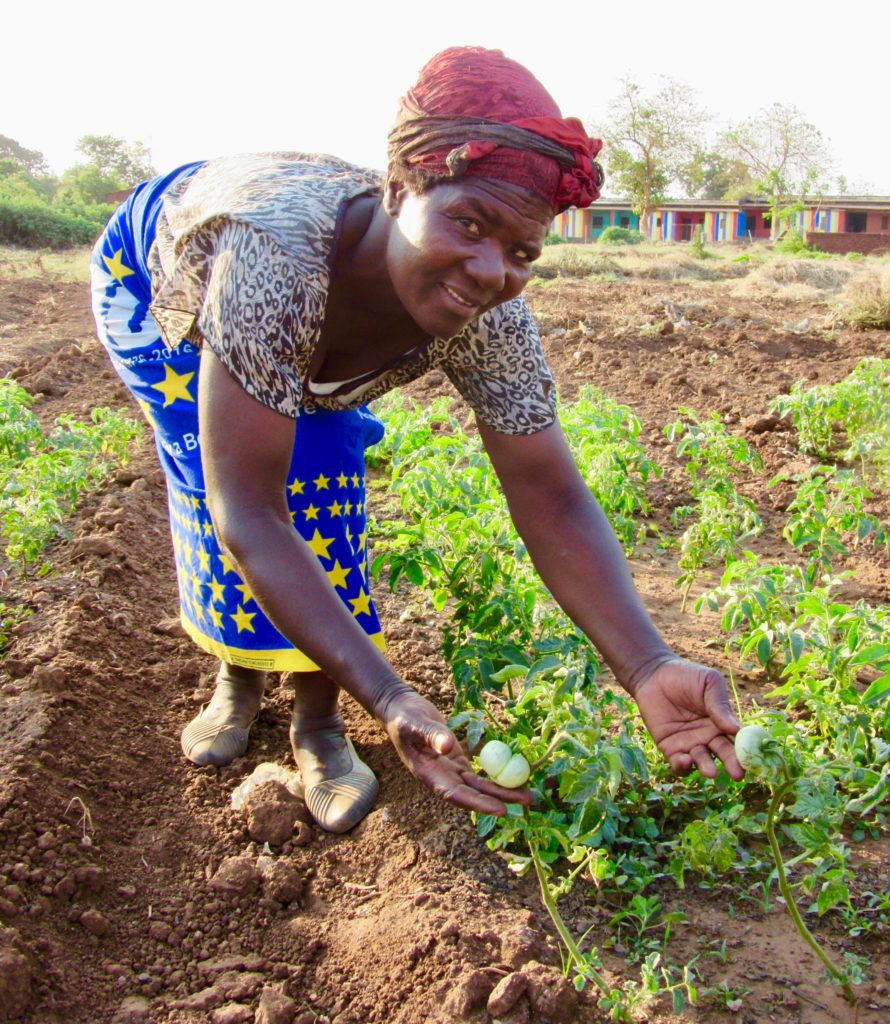 Rose is the head of the composting team in Kawale, a neighbourhood on the outskirts of Lilongwe. She says the crops are a way of showing the power of the compost – the proof that you can grow all your own food using waste. Photo: Viveca Mellegård.

Cleaning up the Lilongwe River could also have benefits for public health. Wastewater can carry cholera-causing microbes or the microbes, viruses, parasites, and protozoa that cause dysentery. Malaria-bearing mosquitoes thrive in areas with rubbish that holds standing water. Properly managed waste could save billions of dollars through the prevention of waste-related diseases.

ICLEI Africa implemented the market compost projects in part to control waste run-off into the river itself. Informal settlements had been constructed on the river’s buffer zone, leading to flooding of these areas as well as decreasing the river’s ability to clean itself of the waste dumped on its banks. The river is also the primary source of drinking water for the capital city’s nearly 670,000 inhabitants, compounding the issues created by poorly managed waste.

Residents and project leaders want to see so-called green infrastructure along the riverside, to restore river services like water purification and flood protection, and re-establish accessible nature for people who live nearby in poor neighborhoods. Estabilshing the green infrastructure cannot be done until waste is at least partially managed and cleaned up at the sites. As the waste management activities progress, the next step in the landscape plan that was developed with key stakeholders becomes more within reach: bringing back greenery along the banks. It is envisaged that any unsold manure generated at the site will be used as part of this re-greening, ensuring sustainability of both the waste and greening components.

Public participation and communication are key to the success of these kinds of projects. Chiunjira’s work has made people aware that managing waste can turn into new opportunities – when rubbish is not seen as an inconvenience but as a resource. Better management of organic waste can boost food production in a community, improve health, and generate income; it is about finding innovative ways to put waste to use.

The gardens and “living gutters” of Langrug are more than just a stopgap, delivering basic services to manage waste and treat grey water in an informal settlement in South Africa. The Massive Small Collective assesses a small-scale, nature-inspired project that has impacts beyond its boundaries.

Why a biosphere-based world view is an important part of development.