Rethink Associate Editor Owen Gaffney takes a spin through the recently published scientific literature in search of insights on land use, human behaviour, and more that might affect resilience at different scales, from local to global. Pertinent to climate discussions unfolding in Bonn this month, these research results also have long-term implications for attaining the UN Sustainable Development Goals. Read on…

Here’s how agriculture, forests, and wetlands may help save climate

Deforestation and agriculture cause about a quarter of all greenhouse gas emissions. But changing how land is managed could turn this huge source of carbon into a surprisingly large carbon store, say researchers.

The international team explored 20 options, including reforestation and avoided forest conversion, better cropland and animal management, and even wetland restoration. They say that these options could provide 37% of the emissions reductions needed by 2030 to stabilise climate below a 2°C increase in global average temperature (with a 66% probability of success). Previous estimates put these options at less than 10% emissions reductions.

The team argues that all these options would be cost effective. A third of the proposed mitigation options cost 90% less than the social and health costs of climate pollution.

Resilience takeaway: Will we still be able to feed a growing population if more land is used to store carbon? Seems so. The researchers took account of this constraint, and a further one: halting biodiversity loss.

Despite decades of international agreements and funding for conservation, Earth is losing biodiversity at rates similar to past mass extinctions that include the disappearance of the dinosaurs. The latest alarm bell sounded in October when researchers reported the catastrophic collapse in insect populations in Germany. A study by researchers in Germany and the Netherlands showed that the biomass of flying insects in protected areas had fallen more than 75% over the past nearly three decades.1 1. Hallmann, C.A., Sorg, M., Jongejans, E., Siepel, H., Hofland, N., Schwan, H., et al., 2017. More than 75 percent decline over 27 years in total flying insect biomass in protected areas. PLoS ONE12(10): e0185809. DOI: 10.1371/journal.pone.0185809 See all references

Does this mean that international agreements – and the national investments in conservation that these agreements spark – are failing? No. At least according to the first global study to test whether countries that spend more on conservation actually achieve better conservation results, published in the journal Nature.2 2. Waldron, A., Miller, D. C., Redding, D., Mooers, A., Kuhn, T. S., Nibbelink, N., Roberts, J. T., Joseph A. Tobias, Gittleman, J. L., 2017. Reductions in global biodiversity loss predicted from conservation spending. Nature DOI: 10.1038/nature24295 See all references The researchers showed that investment in conservation between 1996 and 2008 prevented a 29% decline in threatened bird and mammal species in 109 countries.

Resilience takeaway: This is cross-scale dynamics in operation. We see global governance catalysing national funding that delivers local-scale conservation results. But a major reason conservation investments appear to show little progress is that in many places conservation gains cannot keep up with damage brought by economic development. 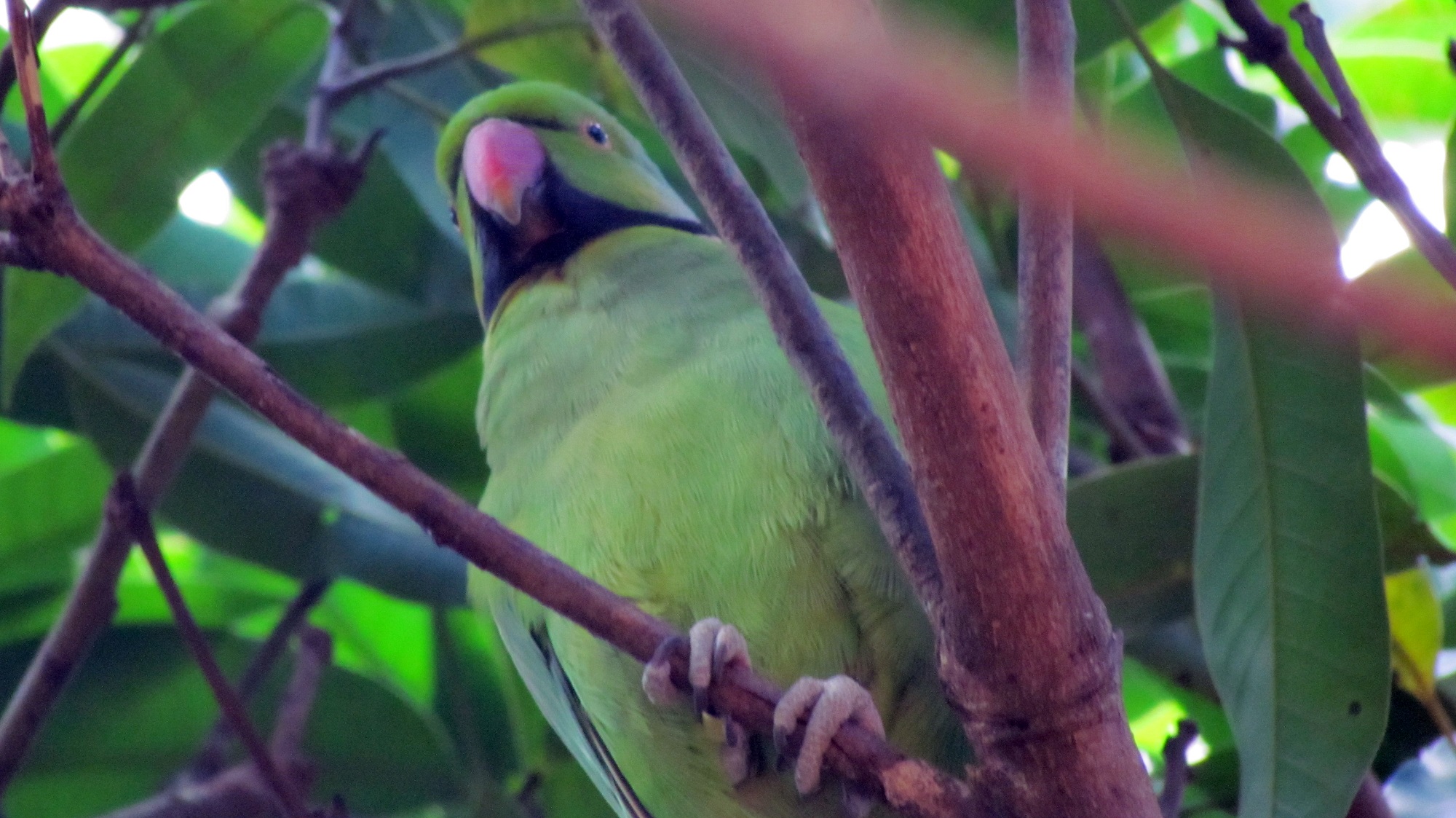 The Echo parakeet, endangered and endemic to Mauritius (http://www.iucnredlist.org/details/22685448/0), is one vertebrate species where conservation efforts have made a difference. Photo: Josh Noseworthy – Echo Parakeet, CC BY 2.0, https://commons.wikimedia.org/w/index.php?curid=36538468

Cities are innovation engines that produce knowledge, wealth, employment, education, sanitation, and modern energy. But they also pollute, drive crime, and cause social exclusion, and their sphere of influence stretches far beyond city limits. Urbanisation is a threat to global sustainability, yet it is also an essential part of the transformation the world needs. A recent special issue of the journal Proceedings of the National Academy of Sciences (PNAS) attempted to grapple with this paradox.

More than half of the world’s population lives in cities. Metropolises account for about 80% of the world’s economy and over 70% of global energy use and greenhouse gas emissions. In a mere 13 years, by 2030, urban areas in developing countries will double – it has taken over 5,000 years for cities to expand to cover the space they do today.

The land they will take over will often be the fertile deltas and coastal zones ideal for farming. How will global patterns of future urban expansion affect the world’s cultivated areas? Researchers report that “urban expansion will result in a 1.8–2.4% loss of global croplands by 2030”.3 3. Bren d’Amour, C., Reitsma, F., Baiocchi, G., Barthel, S., Güneralp, B., Erb, K.-H., Haberl, H., Felix Creutzig, F., Seto, K. C., 2017. Future urban land expansion and implications for global croplands. PNAS 114(34):8939–8944 DOI: 10.1073/pnas.1606036114 See all references This matters in a heat- and water-stressed world with an increasing population because the croplands likely to disappear underneath concrete are responsible for 3–4% of worldwide crop production.

Resilience takeaway: The global pattern masks significant regional variations. “About 80% of global cropland loss from urban expansion will take place in Asia and Africa.” Researchers warn that much of the cropland that will be lost here is more than twice as productive as national averages, and that “Asia will experience the highest absolute loss in cropland, whereas African countries will experience the highest percentage loss of cropland”. Altogether, the authors conclude good governance of urban expansion is critical for “securing livelihoods in the agrarian economies of the Global South”.

Pollution causes 9 million premature deaths a year, which is 16% of all deaths globally, making it the single biggest environmental cause of death in the world today, according to the Lancet Commission on Pollution and Health. “Pollution is one of the great existential challenges of the Anthropocene epoch”, the landmark report begins. It goes on to catalogue the human cost of the problem, the economic value of ridding our cities of pollution, and the impact of pollution on the stability of Earth’s climate system.

Pollution causes three times more deaths than AIDS, tuberculosis, and malaria combined, say the authors, and 15 times more than all wars and other forms of violence. It kills more people than smoking, hunger, and natural disasters. Pollution disproportionately kills the poor and the vulnerable. “Nearly 92% of pollution-related deaths occur in low-income and middle-income countries”, and in all countries minorities and the marginalised get hit hardest.

In Asia and Africa pollution kills one in four, says the report. But rich nations like the United States and Japan still have major problems, where 1 in 10 deaths are related to pollution from chemicals or fossil fuels, and other “modern” forms of pollution.

Pollution disproportionately kills the poor and the vulnerable.

But action has real economic benefits: when a polluting refinery in Mexico City closed, people living nearby increased their working hours by 3.5%. When ground-level ozone in California decreased, the productivity of farm workers rose 5.5%. In northern California, an increase in the number of very small particles (PM2.5) outdoors caused a reduction in the productivity of nearby factory workers by 6%.

The authors say that similarly, water pollution reduces economic productivity. In low-income countries, the largest productivity losses due to pollution-related disease come from unsafe water and sanitation, followed by air pollution. Household air pollution alone causes losses of between 0.5-0.7% of GDP in these countries.

Resilience takeaway: Pollution is getting worse in places, and its nature is changing. The issue needs to become a political high priority and fully integrated in country and city planning processes, rather than viewed as an isolated environmental problem.

Accelerating the switch to cleaner sources of energy will reduce air pollution and improve human and planetary health. Indeed, pollution control will accelerate progress towards many of the UN’s Sustainable Development Goals. Cost-effective strategies to reduce pollution in wealthy nations can often be adapted to all cities and countries (but see report below for important caveats to this). These strategies focus on law, policy, regulation, and technology related to public health. 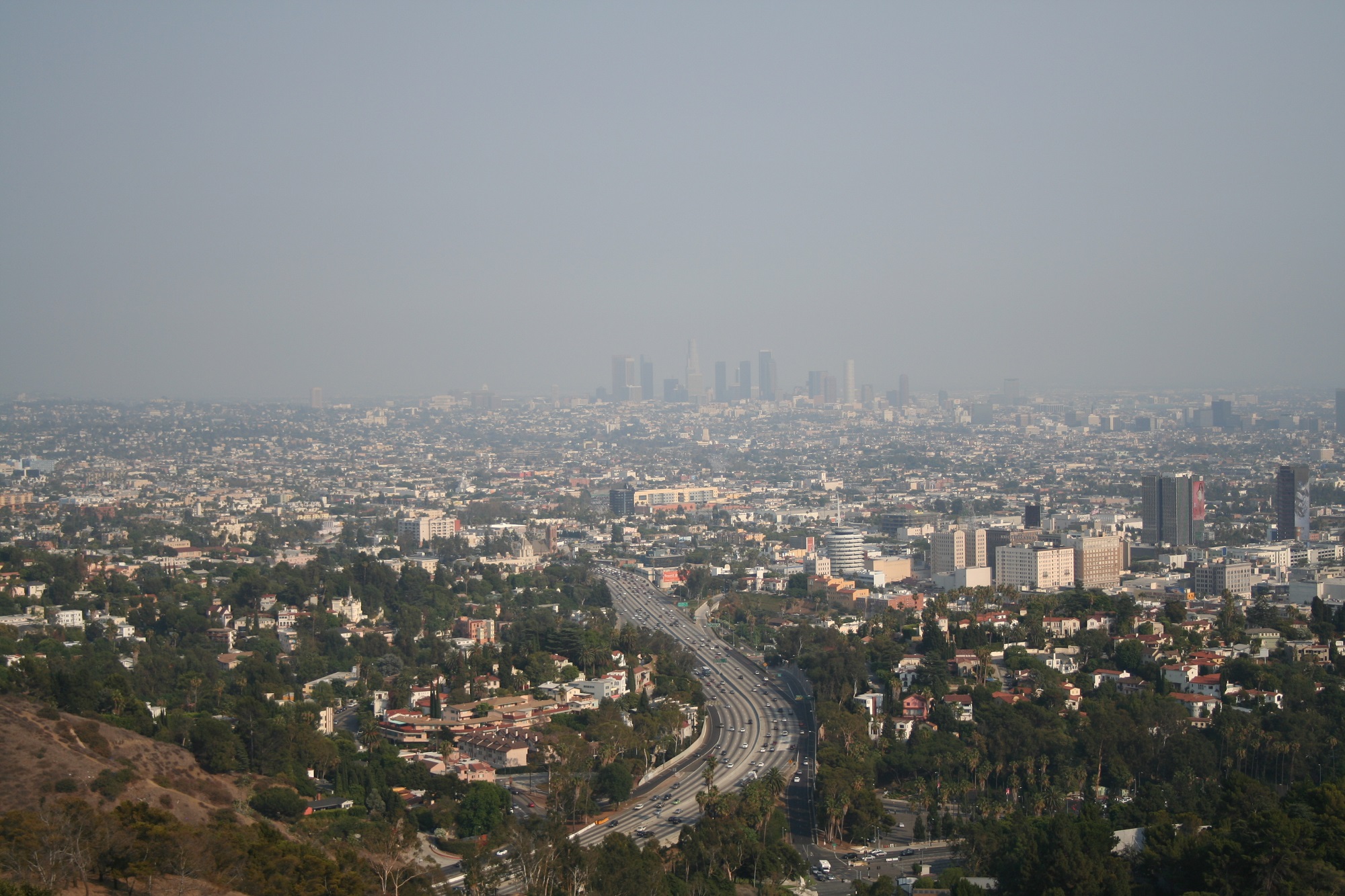 Economic theory often simplifies human behaviour down to one single core trait: self-interest. Followed to its logical extreme, the theory means that common resources such as fishing grounds, irrigation systems, or the air we breathe will eventually dwindle to zero or become so polluted they are worthless. In some cases, only government controls have prevented resources from collapsing or city air from reaching dangerous levels of pollution.

But at the same time humans are exceptionally cooperative as a species. People can successfully manage common resources for generations if the conditions are right. To manage the global commons we need a deeper understanding of how people cooperate.

Recently, two papers in the journal Nature Human Behaviour update thinking on managing common resources. They give deeper insights into the conditions that may make the tragedy of the commons inevitable and those that don’t, and the results are surprising. 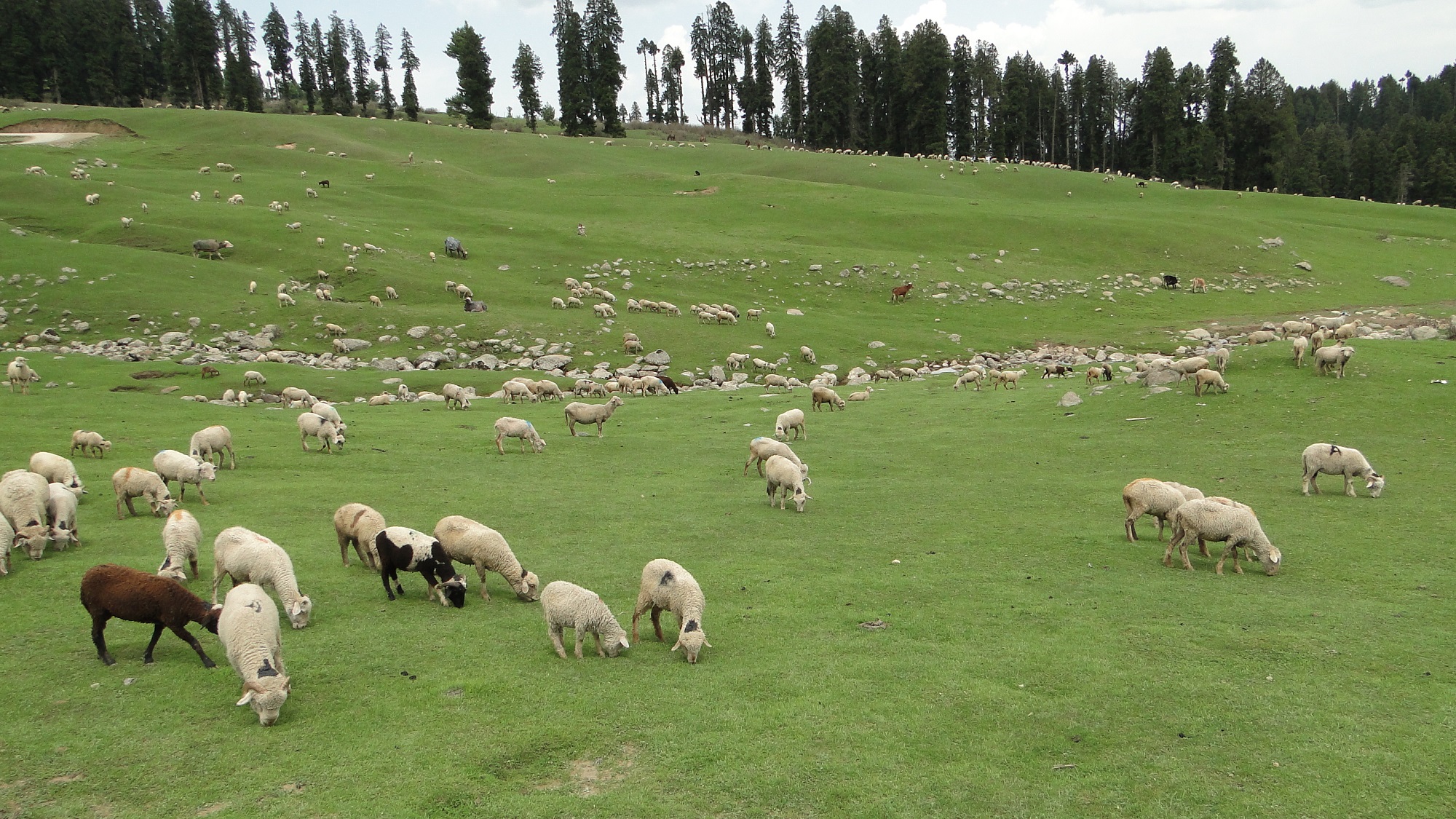 A team led by Simon Gächter from the University of Nottingham and IZA Institute of Labour Economics in Bonn used economic games to show that people are more inclined to cooperate if they work together to create a commons than if they come together to manage an existing one, even if the social dilemmas are “otherwise identical”.4 4. Gächter, S., Kölle, F., Quercia, S., 2017. Reciprocity and the tragedies of maintaining and providing the commons. Nature Human Behaviour 1:650–656 DOI: 10.1038/s41562-017-0191-5 See all references Reducing greenhouse gas emissions and preventing biodiversity loss fall into the second category.

The result is unexpected, the researchers say, “given that many people are biased towards the status quo”, which should make cooperation easier for managing existing commons. Their explanation is that creating a commons allows people to view themselves as actively contributing to something new. Maintaining cooperation, on the other hand, is achieved by omission – that is, not withdrawing from an agreement. The lesson here for framing international agreements on climate, for example, is to trigger people’s positive perceptions of cooperation for the new rather than framing the problem as an old commons requiring new agreements.

A complementary insight into sustainable groundwater management in different cultural settings comes from Juan Carlos Castilla-Rho from CSIRO and the University of New South Wales, Australia, and colleagues.5 5. Castilla-Rho, J. C., Rojas, R., Andersen, M. S., Holley, C., Mariethoz, G., 2017. Social tipping points in global groundwater management. Nature Human Behaviour 1:640–649 DOI: 10.1038/s41562-017-0181-7 See all references The researchers explored how farmers use groundwater for crop irrigation in three regions, the Murray-Darling Basin in Australia, the Central Valley in California, United States, and the Punjab on the India/Pakistan border. In all these regions, groundwater use needs tighter controls. Castilla-Rho and his colleagues brought together data on social attitudes to cooperation and rule conformity in the different regions. Their model shows that “strong punitive measures are likely to be effective in tightly knit, cooperative cultures”, such as in the Punjab.

But these approaches may backfire “in more individualistic cultures” such as the United States and Australia, according to the journal’s editors.6 6. Editorial, 2017. Sustaining the commons. Nature Human Behaviour 1:609 DOI: 10.1038/s41562-017-0210-6 See all references In individualistic societies it seems that more regulation and monitoring has limited impacts, according to the team’s model at least. But across cultures “the most effective measure was increasing the number of ‘good example’ rule-followers in a population”.

Resilience takeaway: When it comes to creating policies to manage common resources it may be useful to frame the problem as a new challenge, rather than maintenance or extension of existing arrangements. And culture matters, meaning that one size does not fit all, as the editors at Nature Human Behaviour emphasise. Policies in one setting – the American West for example – may not easily translate to other countries with very different cultures.

Can a forest conservation programme funded by Norway keep the nation’s forests intact while respecting indigenous rights and fostering other economic interests?

Regions like Pakistan, already naturally prone to heavy-metal contamination, also experience high levels of added pollution from human activities. How can understanding chemical risk in Pakistan help us to address chemical pollution, in order to protect our future – and our children?